I never saw Tolerance as a word on my spelling tests in elementary school. I don’t recall it even being a topic of discussion until I was a teen. And that is a shame, because it’s a word we often forget.

The human instinct is to abandon tolerance. No longer are we in conflict with someone else’s idea. No, it’s that person, that other with whom we are in battle. And when the battle is between two people, we lose focus on the topic. We start to throw knives at the individual. We start to become, quite simply, intolerant.

And, especially now, in 2017, with all that we see in the news each day, we as a civilization must remember that intolerance is not okay. It is something to never support in words or behaviors.

Yet, we still see intolerance, in many forms – intolerance for gender equality, intolerance for racial and religious groups, even intolerance for one’s scientific stance. Every time a medical professional makes mention of fluoride, for instance, intolerance sweeps the internet. Anti-fluoridation groups find their way to the most minimally accessed webpages, and they drop articles claiming dangers of a tool the medical profession has lauded – with scientific basis – as one of the greatest and most accessible public health reforms in modern history. Based on evidence, the benefits are undeniable.

Wherever there is a belief or a theory or a fact, there will be alternative options. And that’s okay. We each have a right and a duty to share our positions. We each have a responsibility to support our beliefs.

AND we each have a duty to respect that another may still choose an alternate belief. That’s what makes life so colorful! In a show of that respect, our debates must start and end with evidence. The minute the attack becomes personal, the minute our arguments become a means of belittling another person, the topic of debate grows irrelevant.

The new topic of focus becomes, quite simply, tolerance.

In response to the attacks I have received over my life – for my gender, for my religion, even for my beliefs on the dental benefits of fluoride – I often choose to not answer. I often choose to not engage. There is no useful response to an argument that starts with a personal assault and ends with malicious name, except to preach tolerance. Except to remind everyone of a time when some part of who they were or what they believed was under attack. For no reason but religion or gender or the color of your skin, you were deemed to be less than. You were treated as an object. And that wasn’t okay. That is never okay.

In Jewish tradition, holidays commemorating the victory of battle are always bittersweet. We praise the grace of Hashem to guide the Jewish people to freedom, but still, we mourn all that was lost. Even if the loss was to the other group, we take a moment of silence. They, too, are people. They, too, have value in this world. And though our ideas and objectives can come into conflict, our shared humanity is something that will never change.

Start each day with tolerance, and you will see that the world is a radiant place.

Unauthorized use and/or duplication of this material without express and written permission from this site’s author and/or owner is strictly prohibited. Excerpts and links may be used, provided that full and clear credit is given to Dr. Mirissa D. Price and Dr. Mirissa D. Price: Harvard Dentist, Author, Improv Comedian. with appropriate and specific direction to the original content. 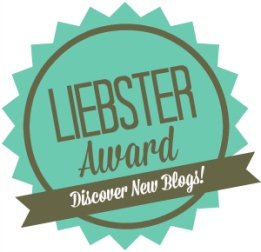